Unravelling teenage anxiety and getting the right support. 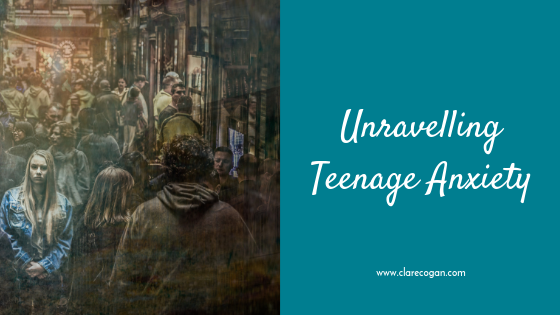 Supporting teenage anxiety can be challenging. It is unlikely that they want to ‘talk’ about how they are feeling. This is how hypnotherapy can help.

Imagine you are that parent, at the end of your tether with your teenage son.

After years of prolonged bullying you have a child who, although he has moved schools does not enjoy education or learning, it just feels like he has shut down.

And exams are looming, the opportunity for him to show what he is capable of, because you know that he is very capable.

But he is refusing to even talk about sitting these exams despite the extensive support and understanding the school is giving him.

He isn’t sleeping either, and that is having an impact on you as a whole family.

You have tried talking to him, everyone who loves and cares about him is supporting him but it doesn’t change this anger, upset and frustration which you are presented with on a daily basis.

What do you do?

This was the background given to me by a desperate mum at the end of her tether who just didn’t know what to do anymore.

She was worried about her son, the impact of everything on him, and the consequences if he didn’t sit his exams.

She was a mum who cared deeply about her son and wanted to do her best for him.

But she had nowhere else to turn.

A friend recommended my support and we chatted on the phone. This mum was like the majority of mums I speak to initially, feeling completely at a loss, overwhelmed and just not seeing a way forward. They don’t know what support they are looking for.

They know they can’t ‘control’ their older children, ‘force’ them to do something they don’t want to do, but encouragement, understanding and talking is making no difference.

So, I take a different approach. I explain to this mum that I completely understand and appreciate where she is coming from, but in supporting anybody, including young people, I don’t focus on the ‘problem’, in this case the extreme stress about taking exams.

We talk, and I give more information about how I support and guide people to overcome their fears, without actually having to ‘face’ them.

Because I very much doubt her son would have agreed to come and see me if I had told her we were going to get to the bottom of this ‘exam stuff’.

I gave this mum a space where she could feel understood, she wasn’t going mad, there were people prepared to see the bigger picture and also able to explain exactly what was going on. And that person was me.

So after an initial session with both mum and son where I explain the impact of prolonged low level stress and anxiety and how it can lead to anger, frustration and sleeplessness her son agreed to be supported by me.

He did what I suggested, knowing there was a reason for it, and very quickly experienced an improvement in his sleep pattern.

He spent time focusing on the good things in life, in which there were plenty and did not approach our sessions worried that I was going to ‘make’ him talk about what had happened with the bullying, the past, he wanted to move forward.

We reduced his worries even without talking about his exams, we just looked at how we could reduce that anger and frustration, what could he focus his mind on that he could enjoy.

I wasn’t avoiding the issue, I was dealing with the bigger picture, giving him the skills to move forward in life.

And he sat his exams, telling me he just did it. He didn’t have any desire to excel, but he got to the point where he felt calm about them and didn’t see any reason why he shouldn’t. He just got on with it.

And his mum just felt that he had overcome a massive hurdle.

I had given him control back over his life without rehashing the old stuff that contributed to the anxiety in the first place.

He led the sessions, I guided and supported and in the process I learnt about such an insightful, intelligent and funny young man who was resisting one aspect of his life which was negatively affecting all other aspects.

So we made life fun again, whilst still doing the things he didn’t want to do, that were important in the world of education.

And he felt a real sense of achievement.

The mum had this massive feeling of relief. She knew that by reaching out for help and support beyond the ‘normal’ parameters she had done her absolute best. She was an amazing parent.

And she got her son back, with skills and understanding he could take forward with him.

And that is what I can do.